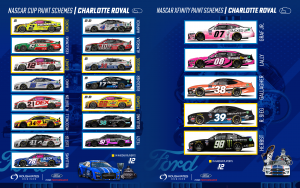 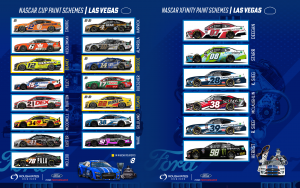 LAS VEGAS, NV – October 17, 2022  – Team Penske’s Joey Logano won the NASCAR Cup Series South Point 400 at Las Vegas Motor Speedway on Sunday, becoming the first driver to secure a spot in the Championship 4. This victory marked Logano’s third win of the season and the 30th of his career.

“Congratulations to Ford Performance, Roger, Paul, Joey, and everyone at Team Penske for the race win at Vegas,” said Doug Yates, President and CEO of Roush Yates Engines. “Joey was fast throughout the race and Paul’s late race pit strategy set them up for the win and now they are locked in to the Championship 4.”

“We’re racing for a championship! Let’s go! Man, what a great car. Penske cars were all fast. All of them were really fast today. Oh, man, all you want to do is get to the Championship 4 when the season starts and race for a championship, and we’ve got the team to do it. I don’t see why we can’t win at this point. Things are looking really good for us, awesome Pennzoil Mustang, this bad boy, and man, just a lot of adversity fought through the last 50 laps or so,” commented Logano.

Sunday’s 400-mile race started with NASCAR Hall-of-Famer Mark Martin leading the field to the green flag in his Las Vegas Motor Speedway inaugural race-winning Ford Taurus. 3 Ford drivers started in the top 5: Austin Cindric in P2, Ryan Blaney P4, and Joey Logano in P5. In Stage 1, an early race incident took out several front runners, but Logano and Blaney finished up front to capitalize on critical stage points. At the end of Stage 2, there was a battle between Joey Logano, Ryan Blaney, and Ross Chastain. Blaney secured the Stage 2 win with a 1.6-second lead over Logano. The final stage of the race saw several cautions and Logano was shuffled throughout the field. After making a late race pit stop for new tires, Logano gained six spots immediately and started in eighth on the final restart with 16 laps remaining. Chase Briscoe led the pack on the restart while Joey Logano continued to power through the field, battling with Ross Chastain for the lead with just 3 laps to go. Logano completed the race-winning pass and finished with a 0.817 second lead, securing a spot in the race for the championship at Phoenix.

The NASCAR Playoffs Round of 8 continues for both the Cup and Xfinity Series next weekend at Homestead-Miami Speedway. 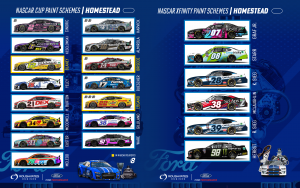 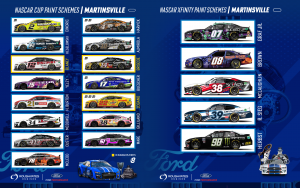