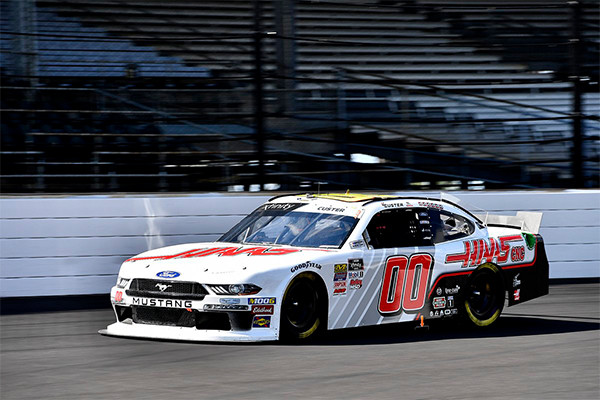 “I was asked last year about this time what Cole needed to do to earn his place in the NASCAR Cup Series, and I said he needed to win,” said Gene Haas, co-owner of SHR with three-time NASCAR Cup Series champion Tony Stewart. “Well, Cole has done that – a lot. He showed that he’s ready to compete at the next level and we’re giving him that opportunity.”

Custer finished second in this year’s Xfinity Series championship, and 2019 has proven to be a breakout campaign for Custer. He came into the season with two wins – one in 2017 and another in 2018. This year alone, he has claimed seven victories, six poles, 16 top-fives, 23 top-10s and led 907 laps. Custer’s seven wins are the second-most this year, behind only Bell with eight wins. Custer’s six poles ties him with Bell for the most poles this season.

Custer, Bell and Reddick will resume their rivalry in the NASCAR Cup Series in 2020, with each earning a promotion from their respective teams to NASCAR’s premier racing series.

Custer has steadily advanced through NASCAR’s stepping-stone divisions, finding success in the NASCAR K&N Series, followed by the NASCAR Gander Outdoors Truck Series and the Xfinity Series. Being promoted to the NASCAR Cup Series is a natural evolution of his racing career, especially after such a strong 2019 season.

“This is the moment I’ve worked for ever since I first started racing,” said Custer, who began racing quarter midgets at age five. “I’ve learned a lot in these last three years in the Xfinity Series, and to be able to stay within Stewart-Haas Racing will make a steep learning curve a little less steep. I know the people, the culture and what’s expected of me. I’m ready for this challenge.”