NEWMAN’S FIRST INTERVIEW WITH THE TODAY SHOW, SINCE DAYTONA 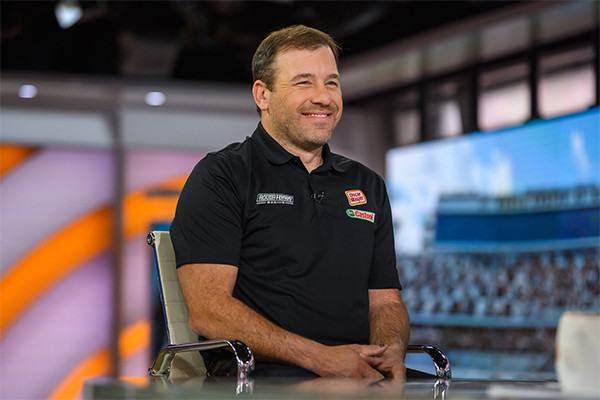 March 11, 2020 – Ryan Newman said Wednesday morning that he’s “thankful for so many people” as well as the safety enhancements made during his time in NASCAR as he recovers from his last-lap wreck in the season-opening Daytona 500.

“It’s still humbling to watch (the wreck) and know that I am sitting here without a headache, which is amazing,” Newman said Wednesday. “It’s just a miracle on so many levels. I’m thankful for so many people for prayers, and for all the things that went into me being safer in that situation. … The angels aligned and held a really good grip.”

“It’s not just me,” Newman added when asked about his personal commitment to safety over the years. “There’s a whole group at NASCAR that’s done a great job, from the tracks to the safety personnel, the drivers inside the cars, the cockpits, the containment seats that we have. There are so many levels of things that happened in the last 20 years that I’ve been part of the sport that helped me be able to sit here today.”

Newman was starting his 19th full-time season in NASCAR’s top division at the time of his crash. He spent less than two days in the hospital before his release, walking out of Halifax Health Medical Center in Daytona Beach with his daughters by his side.

Newman has missed the last three NASCAR Cup Series races and was not on the initial entry list for this Sunday’s Folds of Honor QuikTrip 500 (2 p.m. ET, FOX, PRN, SiriusXM). Xfinity Series regular Ross Chastain is currently scheduled to drive the Roush Fenway Racing No. 6 Ford this weekend at Atlanta Motor Speedway.

The Roush Fenway Racing driver said Wednesday that he’s been diagnosed with a bruised brain and was unconscious in his car for a period after the wreck. While his timetable to return to the track remains uncertain, Newman reiterated he hopes to return as soon as he is cleared.

“I love it,” Newman said of his desire to race. “It’s been a little bit painful to be out of the race car and to not be doing what I’ve done for so many years. I’ve been racing since I was 4, 4-and-a-half years old. It’s just kind of who I am.”