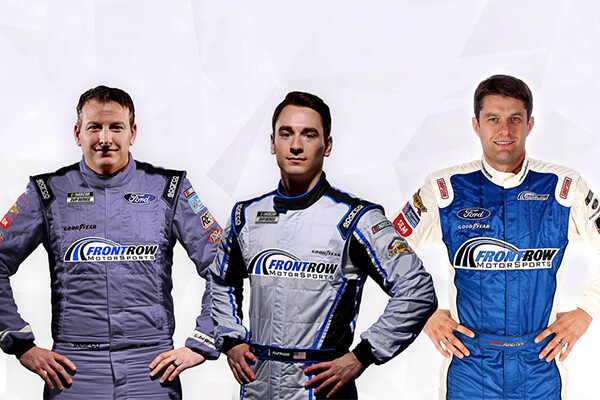 The Bob Jenkins-owned organization will again field two full-time teams in the Cup Series, adding a third car for David Ragan for the season-opening Daytona 500 on February 14th.

Alfredo, nicknamed “Fast Pasta”, joins Front Row after running a majority of the NASCAR Xfinity Series season last year for Richard Childress Racing. The 21-year-old Connecticut native, who was a member of the 2018 NASCAR Next class, will be a Sunoco Rookie of the Year candidate competing in his first full NASCAR national series campaign, with his Cup Series debut set for next month’s Daytona 500.

Alfredo will be partnered with crew chief Seth Barbour, who first joined FRM’s Cup Series in 2017.

“This is really an unbelievable moment,” Alfredo said in a release provided by the team. “When you start out racing karts as a kid, you dream of making it to the sport’s top level. I want to thank Bob Jenkins and everyone at Front Row Motorsports for making this dream a reality. I know the challenges ahead, but I’m here to work hard and prove myself.”

McDowell will be back for his fourth consecutive season in Front Row’s No. 34 Ford, paired for a third straight year with crew chief Drew Blickensderfer. The 36-year-old driver finished a career-best 23rd in the final Cup Series standings last year, bolstered by four top-10 results.

“Michael has really solidified his place as our veteran leader,” Jenkins said. “He brings a wealth of knowledge and experience that has helped us continue to grow our program.”

Ragan, 35, retired from full-time NASCAR competition after the 2019 campaign, but this year will mark his second straight one-off entry in the Daytona 500. Last season’s effort in The Great American Race yielded a fourth-place finish.

Ragan will again be paired with crew chief Derrick Finley in FRM’s No. 36 Ford. He has two NASCAR Cup Series victories, the most recent of which was Front Row’s first, scored in 2013 at Talladega Superspeedway.