NASCAR GETS BACK TO RACING

DARLINGTON, SC – May 14, 2020 – NASCAR returns to racing this weekend with a 400-mile event at Darlington Raceway on Sunday afternoon (3:30 p.m. ET on FOX), marking the first of four Cup Series races in the span of 11 days. The last time the circuit came to Darlington in the spring was 2004 when it also hosted the fifth race of the season. Here’s a quick recap of the 2020 season to date and a look at Ford’s success at this historic oval.

Sunday’s Darlington 400 will mark the fifth race of the 2020 NASCAR Cup Series season. Ford is the only manufacturer to win more than once after Joey Logano registered victories in Las Vegas and Phoenix. Despite those two wins, Logano finds himself second in the point standings by one point to fellow Ford driver Kevin Harvick, who is the only man to post a top 10 finish in all four events. Overall, Ford has six drivers among the top 10 in the point standings as Ryan Blaney sits sixth, Aric Almirola eighth, Matt DiBenedetto ninth, and Brad Keselowski 10th. 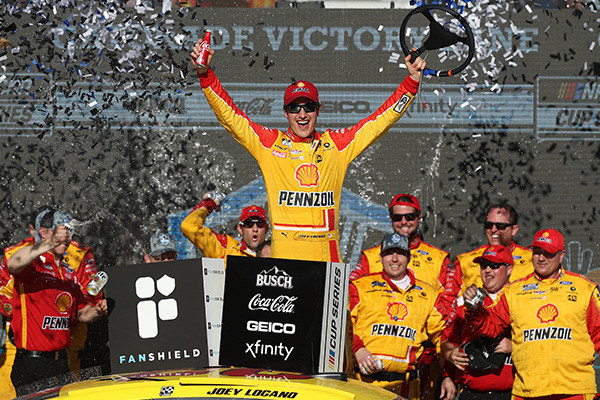 In the Xfinity Series, Ford holds two out of the top three spots in driver points standings with Chase Briscoe P2 and Austin Cindric P3. 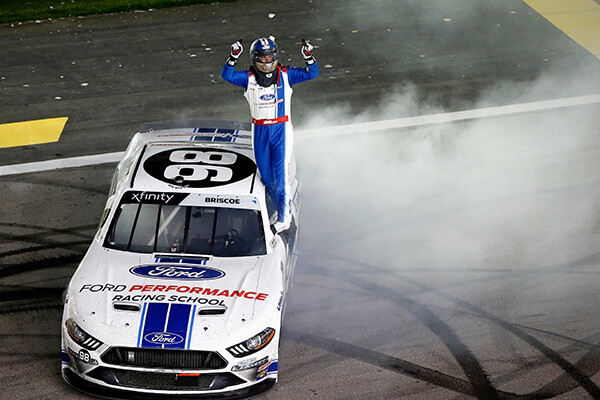 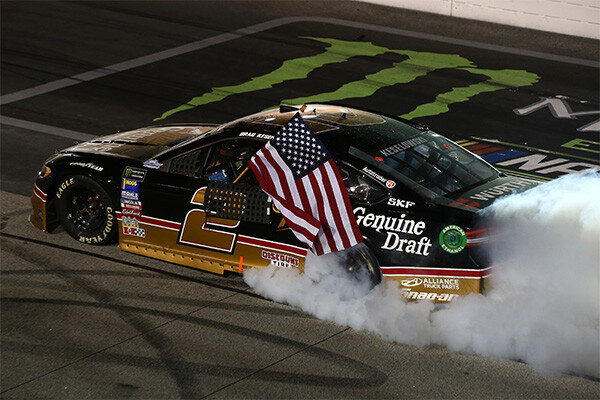 The first time Ford won a NASCAR Cup Series race at Darlington Raceway was when Curtis Turner took the Southern 500 on Sept. 3, 1956. Unlike today, where the field is set at a maximum of 40 cars, there were 70 vehicles in the race that saw Turner lead 224 of the 400 laps. He beat Speedy Thompson to the finish line by more than two laps, and did it in record fashion with an average race speed of 95.167 mph.

Bill Elliott earned the nickname “Million Dollar Bill” after winning the Winston Million Bonus in its first year of existence on Sept. 1, 1985. Needing to win three of the four “crown jewel” races in order to claim the $1 million bonus from series sponsor Winston, Elliott won the Daytona 500 and Winston 500.  His chance to claim the prize in the Coca-Cola 600 failed, so that left it up to the Southern 500, which Elliott immediately set the tone for by qualifying on the pole. He led the first 14 laps, but Dale Earnhardt and Cale Yarborough served notice that they were going to be contenders. Earnhardt led a race-high 147 laps, but a blown engine forced him out of the race while Yarborough suffered a power-steering problem that derailed his chances. Elliott passed Yarborough when he had his problem with 44 to go and held on to win by three car lengths.

No race exemplifies Darlington’s toughness better than the Southern 500 that took place on Sept. 6, 1965 in which only 15 of 44 cars finished the race, and was highlighted by Cale Yarborough flying over the guard rail and down an embankment in turn one. The attrition that day may have been partly responsible for Ned Jarrett winning by a NASCAR-record 14 laps, but it wasn’t the sole reason. Jarrett and his No. 11 Ford were competitive all day, running up front and leading two times for 23 laps during the middle stages.  But when Fred Lorenzen and Darel Dieringer both encountered mechanical problems on lap 325 of the 364-lap event, Jarrett was there to capitalize and cruise to his 12th victory of the season. He won by a NASCAR-record 14 laps and clinched Ford’s first NASCAR Cup Series driver championship in the process.

The first of Dale Earnhardt’s three NASCAR Cup Series wins with Ford and car owner Bud Moore came on April 4, 1982 when he won the CRC Chemicals Rebel 500 at Darlington Raceway.  Earnhardt, who drove two seasons for Moore in 1982 and ’83, dominated a race that saw 20 of the 37 cars not finish due to a variety of issues. Earnhardt led 181-of-367 laps and beat Cale Yarborough to the finish line for his seventh career victory.  Earnhardt eventually went on to win two more races with Moore the following season at Nashville and Talladega.