CONCORD, NC –  Feb 1, 2019 – This evening, Jack Roush will officially be inducted into the NASCAR Hall of Fame. 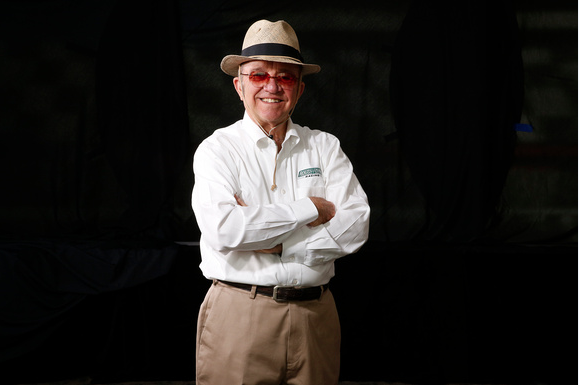 And it’s something the Roush Fenway Racing team owner just can’t quite believe is happening.

“There’s only 45 people in the Hall of Fame,” said Roush. “So with the class that’s coming in, that will make 50 of us. To be one of the first 50 inducted into the NASCAR Hall of Fame is really a great honor.”

Roush has been fielding NASCAR entries for the past 31 years, and during that time his teams have amassed a NASCAR record 325 victories, while covering over 1.78 million miles in NASCAR action and bringing home eight championships. Roush’s lifetime of achievement will be rewarded this evening, when he will be inducted into the 2019 class of the NASCAR Hall of Fame.

With over eight championships in NASCAR’s top three divisions, 325 wins, 1,456 top-five’s, 2,579 top-10 finishes and 230 pole awards, it’s easy to see how Roush guaranteed his seat in the NASCAR Hall of Fame.

“When I thought about the success of all the drivers and all of the people that have worked on the cars, I’m just proud to be running with them and share with them the excitement here,” Roush said.

Roush will be inducted along with Roger Penske, Alan Kulwicki, Jeff Gordon and David Allison. Tune in to tonight’s Hall of Fame ceremony at 8 p.m. ET on NBC Sports Network.