MOORESVILLE, NC – July 2, 2019 – Atlas Copco Compressors, with over 140 years of experience, is a globally recognized leader of clean, dry compressed air, and manufacturer of premium compressed air products. Atlas Copco engineers consistently develop world-class products and services that truly create advantages for their customers and the environment. The Atlas Copco Variable Speed Drive (VSD) system runs our 88,000 sq. ft. facility and 50 pieces of  CNC equipment seamlessly. This system enables us to run our business in the most energy efficient manner while reducing our overall environmental footprint.

“We are proud to have Atlas Copco as our partner,” said Doug Yates, President and CEO, Roush Yates Engines. “Atlas Copco not only provides premium products and services, but is also a leader in innovation. By supplying quality compressed air with the latest technology is a true win-win for Roush Yates Engines.”

It was the third-consecutive IMSA WeatherTech SportsCar Championship win for Ford Chip Ganassi Racing, the first overall win for the team at the all-GT category race and the reward after a weekend of making adjustments to the No. 66 Ford GT. 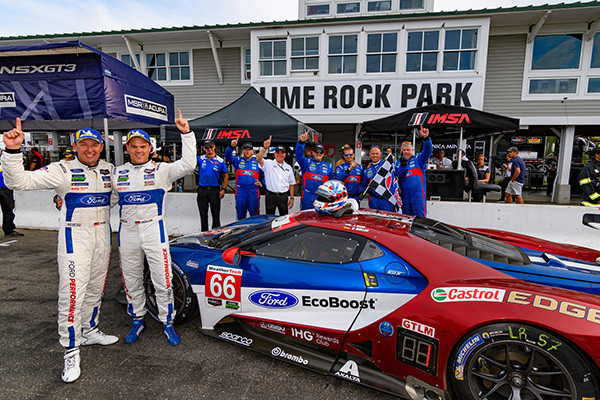 “That was quite a celebration for us,” Müller said. “We don’t often have the chance to get an overall win, so it was special. We worked hard for it. We qualified third, so we knew we might have a chance, but the crew worked on the set-up right up until the start of the race to get it just right.”

Co-drivers Ryan Briscoe, of nearby Farmington, Conn. and Richard Westbrook finished sixth. They made the podium in 2016, finishing third after starting on pole. 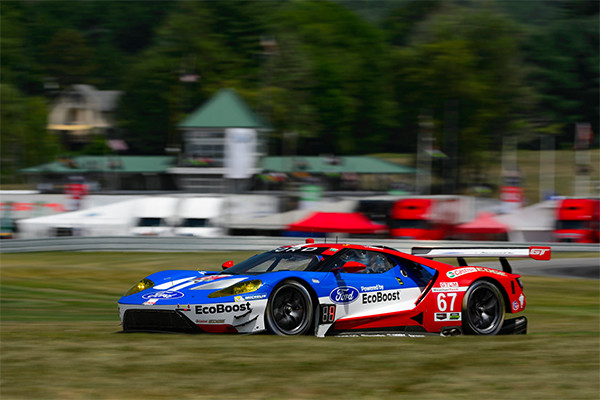 “I look forward to this race because it’s my home track,” Briscoe said. “It’s always pretty busy in the paddock for me. I’d love to put the No. 67 Ford GT back on the podium for them.”

Müller is fifth in the championship points, while Hand is 11th after missing two races due to an illness. Briscoe and Westbrook are sixth. Hand and Müller wouldn’t mind a return trip to the top of the podium.

“I had to be really aggressive there at the end last year, but that’s what you have to do at Lime Rock,” Hand said. “I could tell I was closing in on the leader, so I kept pushing. There aren’t many corners at Lime Rock, but at the same time, managing traffic is really important. That and staying around until the end, putting yourself into a position to win, are the keys to it. We really like this track. It’s a fun, different kind of race.”