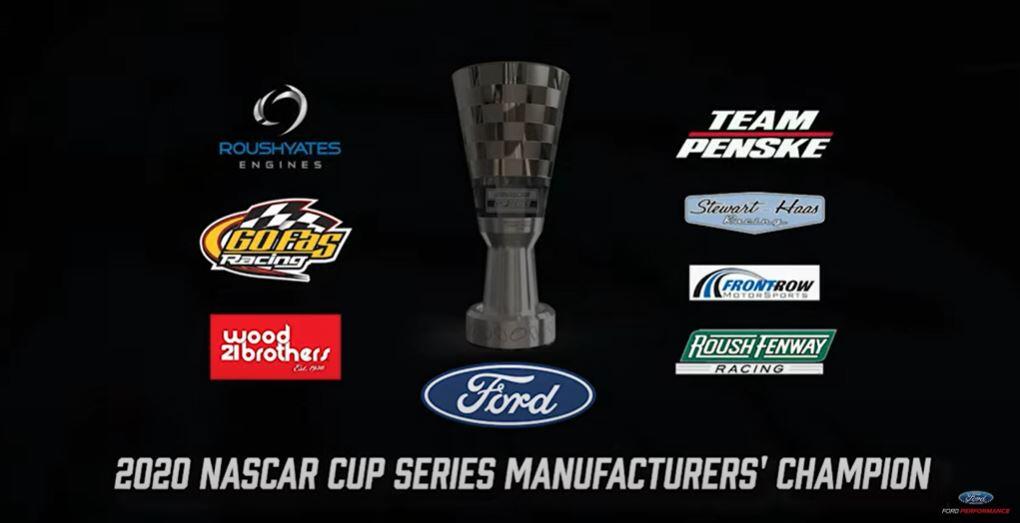 DEARBORN, Mich., Nov. 1, 2020 – Ford claimed its first championship of the 2020 NASCAR season earlier today when it clinched the manufacturers’ title at Martinsville Speedway.

Ryan Blaney’s second-place finish enabled Ford to win the coveted crown for the second time in three years and give Mustang its first championship since debuting in the series last season.

“We’re in motorsports to win races and championships, so to clinch this year’s manufacturers’ championship before the end of the season with all of the challenges everyone in the sport has faced is a real source of pride.” said Mark Rushbrook, global director, Ford Performance Motorsports.

“An accomplishment like this wouldn’t be possible without the dedication from everyone who works in Ford Performance, our race teams, and Roush Yates Engines,” continued Rushbrook.  “We all work together on a daily basis to put the best Mustangs we can on the track every week and being able to see that effort rewarded in this way is a point of pride for our customers and employees, and a true testament of the engineering strength inside Ford Motor Company.”

Ford will now turn its focus to Phoenix Raceway, where Team Penske drivers Joey Logano and Brad Keselowski will have a chance to win the NASCAR Cup Series championship on Sunday, Nov. 8.  Chase Briscoe and Austin Cindric will compete for the NASCAR XFINITY Series title on Saturday, Nov. 7 while Grant Enfinger goes for the NASCAR Gander RV & Outdoors Truck Series crown on Friday, Nov. 6. 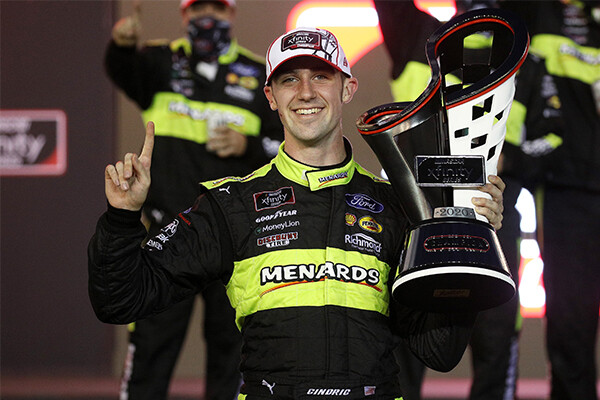