Busch Clash to be run on Daytona Road Course in 2021 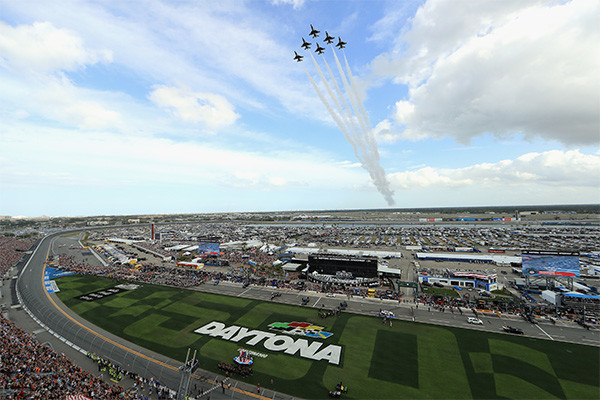 MOORESVILLE, NC – March 6, 2020 – In a response to fans’ increased interest in road-course races, Daytona International Speedway announced Thursday that the Busch Clash At DAYTONA will move to the speedway’s 3.56-mile road course and be held under the lights on Tuesday, Feb. 9, 2021 making the annual preseason NASCAR Cup Series event one of the most unique in all of motorsports.

The 2021 Busch Clash at DAYTONA, an exhibition-style event, will be held on the same course as the Rolex 24 At DAYTONA and the DAYTONA 200, North America’s premier races for sports cars and motorcycles, respectively. Road-course racing has always been a vital component on the speedway calendar, with the Rolex 24 first held in 1962 as a three-hour race called the Daytona Continental while the DAYTONA 200 moved off the old Daytona Beach-Road Course to the speedway in 1961.

“The famed road course at Daytona has a long and storied history with sports cars and motorcycles, and now we can write a new chapter on it with stock cars,” NASCAR Vice President of Racing Development Ben Kennedy said. “Fans coming to the track will get to see six consecutive days of exciting NASCAR action, with no two days being the same.”

In contrast to the tightly packed competition on the speedway’s famed 2.5-mile high-back-tri-oval, the re-imagined Busch Clash will utilize approximately three-quarters of the tri-oval along with the challenging infield portion of the road course. That translates into 12 turns instead of the usual four.

“Having driven on the road course at Daytona in the Rolex 24, I know how difficult the circuit can be,” said NASCAR Hall of Famer and current FOX NASCAR analyst Jeff Gordon. “It will present a real challenge to the drivers and teams, and I’m looking forward to calling what I believe will be a lot of action from the booth.”

That challenge entails the high-speed entrance into Turn 1, as drivers dive left off the front straight to begin the twists and turns the infield offers, including the east and west Horseshoe turns and the trick negotiation of the back stretch chicane prior to a climb back atop the bank in Turn 3.

“NASCAR fans have asked for more road-course competition and the industry is listening,” Daytona International Speedway President Chip Wile said. “With the talent level the Busch Clash brings to the table, the race will now clearly have its own look and feel during DAYTONA Speedweeks Presented By AdventHealth in 2021 and beyond.

“The new placement on the Speedweeks schedule also adds to the anticipation. That switch will make for a fuller Speedweeks calendar. Fans also will have the opportunity to engage in a festive infield atmosphere, similar to the Rolex 24 At DAYTONA, with many prime viewing opportunities.”

“Busch Beer is excited to play an integral role in this historic shift for NASCAR and its fans,” said Nick Kelly, vice president partnerships, beer category and community, Anheuser-Busch. “Moving the Busch Clash to Daytona’s road course will differentiate the event from every other race during DAYTONA Speedweeks and drive even more attention to the first NASCAR Cup Series race of 2021.”

“We know how passionate our viewers are about both Daytona International Speedway and road course racing,” said Brad Zager, FOX Sports Executive Producer, EVP/Head of Production & Operations. “Additionally, fans have been craving mid-week races. These changes to the 2021 opening slate of races will provide new and unique story-telling opportunities when we kick off the season on FOX Sports.”

In addition to the changes to the Busch Clash, it was also announced the Lucas Oil 200 Driven By General Tire ARCA Menards Series season-opening race shifts to Saturday, Feb. 13, 2021 as part of a doubleheader with the NASCAR Xfinity Series race, the NASCAR Racing Experience 300.

DAYTONA 500 Qualifying Presented By Kroger will be held on Wednesday, Feb. 10, to set the front row for the DAYTONA 500. The Bluegreen Vacations Duel at DAYTONA qualifying races will remain on Thursday night, Feb. 11, followed by the NextEra Energy 250 to open the NASCAR Gander RV & Outdoors Truck Series season on Friday night, Feb. 12.