RYAN “BRONCO” BLANEY A THROWBACK ON AND OFF THE TRACK 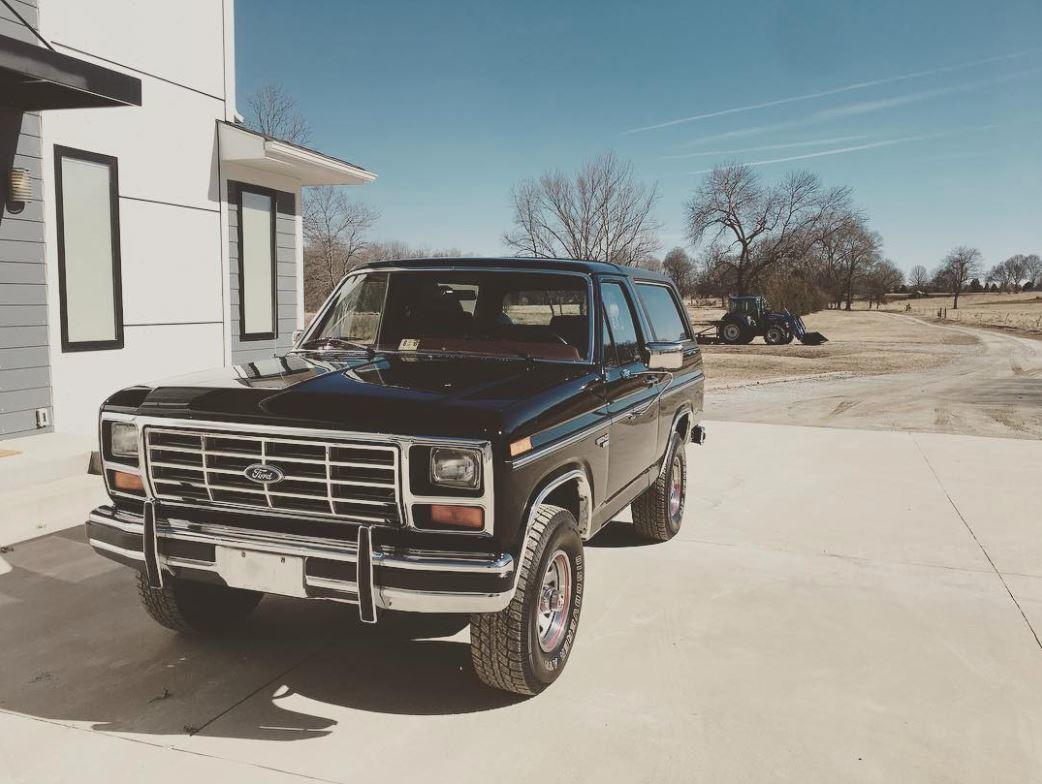 DEARBORN, MI – April 14, 2020 – If you ask Ryan Blaney what his favorite weekend is during the NASCAR season, there’s a good chance he’ll say Darlington.  Why? Because that’s become the traditional time when the sport looks back to its roots and celebrates a specific era in history.

It’s called “Throwback Weekend” and nobody in the Cup garage is more throwback than the 26-year-old Blaney.

While driving for the Wood Brothers in 2017, the team celebrated at Darlington by going back to it’s all white shirt and pants with traditional red lettering.  Likewise, Blaney’s uniform, with a splash of blue on the right breast and red and blue striping down the left side, reflected the same look that David Pearson wore with the organization in the 1970’s.  Blaney liked the look so much that he continued wearing the uniform for Motorcraft-sponsored races throughout the rest of that season.

And that throwback mentality doesn’t just go for uniforms, as Blaney has taken to the internet to find vintage hats, t-shirts and, yes, even vehicles.

“The vehicles are a little bit tougher to find because you have to find the right one and it’s more money than buying a t-shirt,” said Blaney, whose current daily driver is an F-250.  “You’ve got to do a lot of research on them and make sure you test drive them. I’ll never buy anything that I can’t go drive myself. If it’s in California and I can’t go drive it, I don’t really want to pull the trigger because the last thing you want is to buy something and then when it gets to your house there’s all this stuff wrong with it.”

Blaney’s latest prize is a 1988 red and white striped F-150 with a four-speed manual transmission he found in the Charlotte area.  The seller had put on only 25,000 miles and taken good care of it before putting it up for sale online.

“I just got lucky that this one was right in Concord and I was just browsing around.  I wasn’t browsing around to buy anything, I just like to look around to see what’s out there and this caught my eye,” said Blaney.  “I’ve always enjoyed those mid to late-eighties Ford trucks. I love their simplicity and it just speaks to what I enjoyed as a kid and as I get older I appreciate those cars even more.”

One of the vehicles Blaney has grown particularly fond of is the Bronco, which is scheduled to be re-introduced to dealer showrooms later this year.

“I’m pumped,” said Blaney of the impending debut.  “I’ve been on everyone at Ford telling them, ‘Make sure I’m on the list, and my dad wants one too.’  I don’t know why the Bronco has always stood out to me. It’s just a unique truck, and I love they’re coming back with it. I’ve been counting down the days and months to when it comes out, and I think they’re gonna be great.”

That, however, won’t be the only Bronco in his personal stable because two years ago he found a 1985 model in Abingdon, VA, where the original owner had it for 33 years.  Blaney said he hoped to “keep it for another 33.”

“I appreciate the ones that have the original engine, original transmission.  If you’ve got to replace that stuff, you’ve got to replace that stuff. Everything has a life span, but you try to take the best care of it that you can,” said Blaney about what he looks for in a throwback vehicle.  “You want to buy it from someone who has taken great care of it. I really appreciate somebody who does that because I try to do the best I can taking care of mine, especially when it comes to something that has that much history and has been around for so long.

“Some guys like buying old cars and putting a big engine in there and things like that, but it’s just not really me.  I don’t really have a need for speed on the road,” continued Blaney. “I don’t really want a big monster motor and have a vintage car.  I’d just rather have them bone stock. You’ll have your troubles and issues that you have to fix from time to time, but that’s with anything.”

Earlier this year, his Ryan Blaney Family Foundation spearheaded a project in which a custom-built 1974 ‘Blaney Bronco’ was auctioned off at Barrett-Jackson in Scottsdale, AZ, for a Bronco-record $650,000.  All proceeds went to the Alzheimer’s Association.

So, while he anxiously looks toward the future, it’s always with at least one eye on the past.