MOORESVILLE, NC – August 11, 2020 – NASCAR and its top touring series will take on a new challenge this weekend as the Daytona International Speedway Road Course plays host to the ARCA Menards, NASCAR XFINITY, NASCAR Gander RV & Outdoor, and NASCAR Cup competitors Friday, Saturday and Sunday.  Here’s a look at the schedule and some updated Ford notes.

Kevin Harvick’s doubleheader sweep at Michigan last weekend gave Ford 699 all-time NASCAR Cup Series wins.  Ford’s first victory came on June 25, 1950 when Shirtless Jimmy Florian upset the field at Dayton Speedway, beating the likes of NASCAR Hall of Famers Lee Petty and Curtis Turner.  Overall, there have been 85 drivers who have won at least one NASCAR Cup Series race in a Ford with NASCAR Hall of Famer Ned Jarrett, who won Ford’s first series championship in 1965, being the all-time leader with 43.

Ford leads all manufacturers with 13 NASCAR Cup Series wins in 22 starts this season, which marks the best start since 1997 when the Blue Oval won 14 times in the same number of races.  Ford went on to win 19 times that season, a mark that was equaled in 2018 when Joey Logano won the series championship and Ford captured the manufacturers’ title.  The most wins Ford has ever amassed in a season during the modern era (1972-present) is 20, which occurred in 1994.  Rusty Wallace led Ford that season with eight victories while Ernie Irvan and Geoffrey Bodine were next with three apiece.

FORD 1-2 IN CUP AND NXS STANDINGS

The regular season is winding down and multiple Ford drivers are competing for the championship and 15 playoff bonus points that goes to the winner.  Currently, Ford holds down the top two positions in the NASCAR Cup and NASCAR XFINITY Series.  Kevin Harvick leads the way and has a commanding 137-point lead over second-place Brad Keselowski in Cup while Austin Cindric has an 11-point NXS lead over Chase Briscoe.  Overall, Ford currently has eight drivers in Cup playoff positions with four races remaining before the playoffs start. 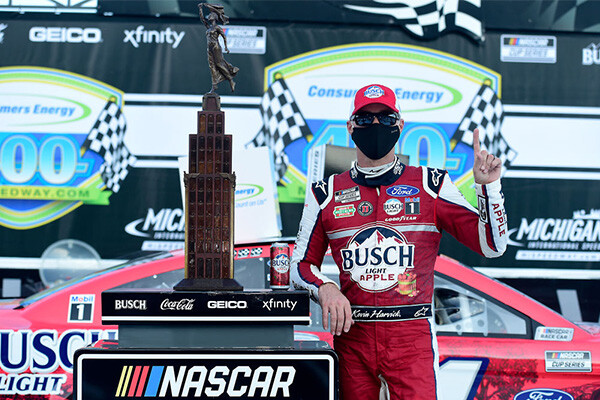 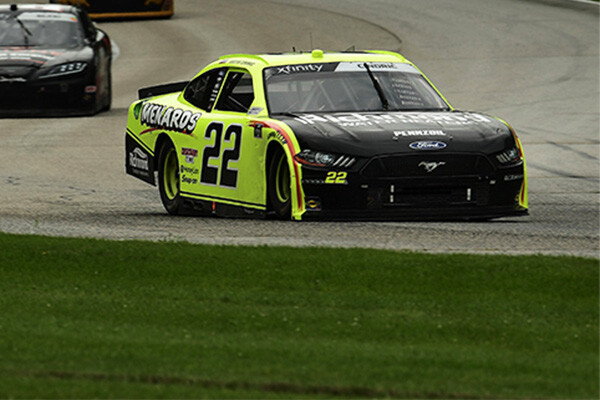 Since returning to action on May 17 at Darlington Raceway, Ford has dominated in the NASCAR Cup and NASCAR XFINITY Series, winning a combined 19 times in 32 starts.  Ford has registered 11 wins in Cup in 18 races, which includes a current three-race winning streak, while the NXS duo of Chase Briscoe and Austin Cindric have combined to win eight times in 14 events, including six of the last seven.

As noted after his win on Sunday, Kevin Harvick moved into a tie for 10th-place on the all-time NASCAR Cup Series win list as he tied NASCAR Hall of Famer Rusty Wallace with his 55th victory.  Harvick, who leads the series with six wins in 2020, has also made a rapid rise up the Ford list as well, despite the fact he is only in his fourth season with the manufacturer.  Harvick has now won 20 Cup races with Ford, which makes him one of only 13 drivers to win 20 or more, and ranks 13th all-time after tying and then passing NASCAR Hall of Famer Davey Allison and Greg Biffle over the weekend. 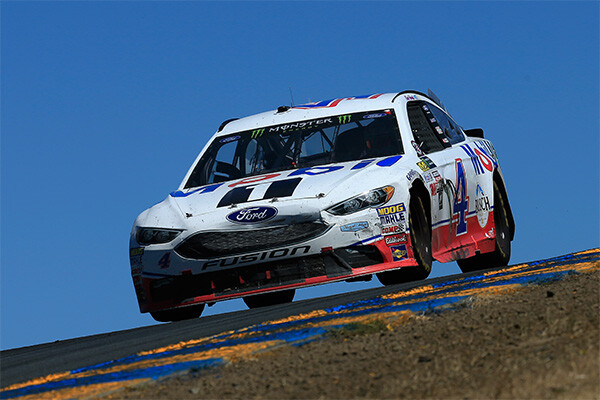 The last time NASCAR went to a new road course was in 2018 when Charlotte Motor Speedway debuted its ROVAL that fall.  On that occasion, Ford won both inaugural events as Chase Briscoe captured the NASCAR XFINITY race and Ryan Blaney took the Cup Series event. 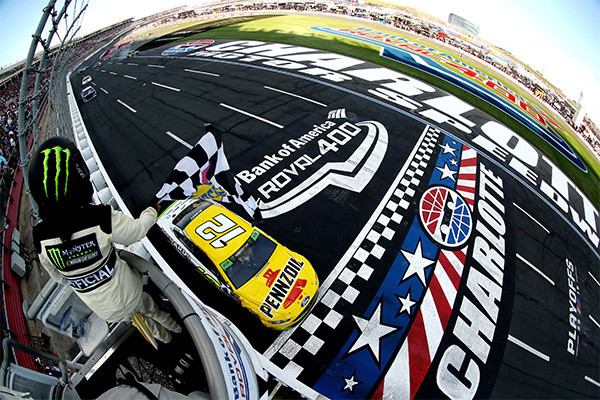